I don’t even know where to begin to write about our first year of marriage. What a whirlwind it’s been! And while I think we are better for it, I still don’t really recommend making a million life changes at one time. In the last year-ish, we:

I got a new job

Had a second reception

Moved to a new state

Our Columbus Adventures have been many.

And now, as we are spending a bit of the summer apart while the hubster works at an AWESOME internship, I actually finally feel a little bit more settled in. And I say settled in and not settled down becuase I still feel far from that. Big difference in those two little words.

As much as we’ve settled, there is still so much unknown about the future…which is really a silly thing to say in the first place because who DOES know exactly what the future will bring?? Um, no one. Except God, obvi. But still, our plans for our careers and future home are still kind of giant question marks. But that’s okay. We have had incredible lessons this year about not only trusting each other, but trusting the big plan. God knows what’s up. He’s gotten us this far!

While the year was a little rocky with our many adjustments, I can truly say (cheese and all) that our relationship has come out on the other end for the better. And with many years ahead, I can only imagine how much better it will continue to get. Marriage is hard. Change is hard. But both are also so joyous and exciting and challenging in the absolute best ways. Marriage and change both make you a better person.

So enough cheeseballs for now. I’m sure you’ll hear more about them after we finally go on our delayed honeymoon in August… That post will be full of cheesy grins, sunsets, adult beverages, and beaches. Get ready. 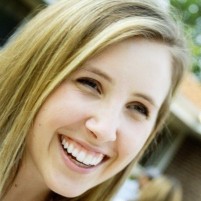